The WordPress Twitter Feed Plugins are essential to boost your social engagement. As social beings, we all love to know what is in the current news, showbiz, and everything all about social media life. As we are also now in a highly technological world, we have invented social media sites such as Facebook, Twitter, and Instagram. But we do usually use Twitter to post our little thoughts about things and share it with our friends or to the whole world.

Having a Twitter plugin on your WordPress site that would show all that all the Twitter users think or say about important things is one of the vital things to engage people to talk about something. It helps boost your advertisement, and it also helps you entertain your audiences and site visitors.

These are the most useful Twitter plugin in WordPress that you could install on your WordPress site to help you engage your audiences by connecting them to Twitter as they visit your website:

This plugin for twitter feed is the most customizable plugin that you could use to your website to show your twitter feeds. The custom options allow you to choose and pick your design that would match your website. The twitter feeds from this plugin also works in any kind of devices such as mobile devices as it is also wholly optimized in mobile devices. To maximize using this plugin, you should also have knowledge of CSS or JavaScript for more customization options.

One of the excellent features of this plugin is that it also allows you to show a lot of Twitter feeds from different Twitter user accounts on a lot of pages or widgets from your site. It is somehow advantageous to you if you would like a lot of Twitter profiles to showcase on your WordPress sites. Other plugins would require you to upgrade into a premium for this kind of function, but with this plugin, you could exclusively get this for free if you are looking for that kind of functionality.

You could add a lot of social media feeds as you want or need and post them anywhere on your site. For shortcodes, it also has one in case you need them. For additional options, the premium or upgraded account is available for setting up several feeds or posts from the plugin itself. Aside from that, they have very responsive team support. It also has options that allow viewers to share and hit like on each post from the social media feed through this plugin.

The feature for a lot of social media sites being showcased on your site is actually a good thing if you like your pages from Facebook, YouTube, Instagram and all to be also posted on your WordPress website. It would cater more audiences, and it would show a variety of things as content in different social media sites varies. So there’s actually a variation and not just Twitter alone itself.

Customize Feeds for WordPress Twitter Feed plugins allow you to display the real-time Twitter feeds or updates on your WordPress website by the use of shortcodes or widgets. It is highly hands-on in control of setting and formatting. It is hands-on in a sense that in terms of personalization, it is allowing you to personalize the format of the plugin, Twitter feeds, and widget itself.

Just in case you would wish to upgrade, there are a lot more options to look forward to, and these are:

In terms of customization and personalization, this Twitter plugin would allow you for that function. It wants its users to have the most hands-on control of the design. That is true even with the style of their Twitter plugins, widget, and feeds. It is somehow a good thing to have it controlled by users. They could get a chance to choose how they are going to present their Twitter plugins. Of course, in a way that would be pleasing to their eyes and their audiences.

WP TFeed is one of the Twitter plugins for WordPress. This plugin allows you to show updates on your Twitter feeds on your website through the shortcodes and widgets. It displays twitter feeds as a little feed or in the form of a slider. One of its best features is that it takes only a few seconds just to set it up and start using. Through this plugin, you can now begin boosting your SEO, and start building your twitter audience and enhance your Twitter feeds social marketability to another level by its massive features.

The free features would surprise you because it includes:

However, if one wishes to go for an additional upgrade, the premium features include these things. But these are not limited to these things as there’s a huge probability that a lot of functions you can add through time:

WP TFeed is a plugin that allows you to get an all one has-it-all Twitter WordPress plugin. Unlike some Twitter plugins, it gives you a smooth draft of designs already. You could choose from on how you can present the Twitter feeds and widgets.

Some Twitter plugins may freely allow you to customize designs through codes and HTML, but here, they try to give you designs where you could choose from and would want you to use the plugin with ease through simple settings and simple plugin manipulation.

Social Feed | All social media in one place by Web-Settler

If you’re looking for a plugin that is sophisticated and simple Social Feed can provide it for you. Social Feed plugin allows you to customize. It is possible not only to your Twitter but also your Facebook, & Instagram feeds.

Simply installing this plugin gives you a lot of options to customize. You can personalize colors, fonts, and anything under the sun with the feed display. You can also have any display theme format through the designed themes for each social media feeds. Just a quick history—at first, it only worked on Facebook feeds but as time goes by and as the developer improves through time, he decided to include other popular social media accounts such as Twitter and Instagram.

A lot of people of all ages nowadays use social media sites. Social media sites have been a part of our daily lives already. It comes to the point that one may not be able to sleep in a day without opening his or her social media account such as on Twitter, Facebook, or Instagram, etc. The primary platform for social life in the international world has been social media.

We must have these accounts with us. Because if not, we might not be able to get the most of what’s happening currently in the world, the fashion trends, and all that. Embedding these social media sites on our blogs from our WordPress websites would allow us to cater to more audiences. It also lets people to participate in our platform actively.

Getting connected is the new motto for 21st century socialization with the use of technology. For our viewers and audiences, their Twitter accounts would be away on how they could express their opinions on certain things.

The more people talk about it in social media is much better. Having your blogs being shared or retweeted by other people is a big thing already because it allows your blogs to be seen or read by a considerable vary of audiences. These WordPress Twitter Feed plugins will help you achieve to have more visitors on your websites.

List of the best coming soon WordPress themes that you can use as landing, under…

Looking to translate your WordPress website into multiple languages? These WordPress translation plugins are here…

With these best WordPress admin dashboard themes and plugins, you can take the operation of…

20 Best WordPress Affiliate Plugins To Crush It In 2020

If you are coming up with solutions on how to monetize your website, these free…

Disclosure: This page contains external affiliate links that may result in us receiving a commission if you choose to purchase mentioned product. The opinions on this page are our own and we don't receive additional bonus for positive reviews.
Follow Us
We Recommend: 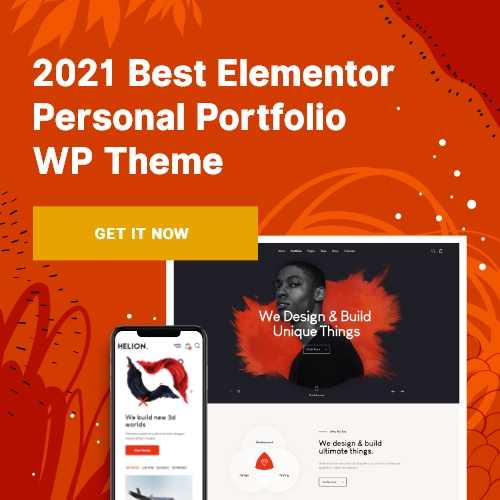